by admin
Past Events

It was quite a coincidence that when Ms. Archana Krishnamurthy was in Palakkad, Kerala to conduct a session, the State witnessed one of the worst floods of recent times and she saw the devastation from close quarters and had a narrow escape herself.

So, even as she got back to Bangalore, she remained in touch with friends in Kerala and when there seemed an opportunity to contribute in the third week of August 2018, she started a campaign to collect some amount that was required by a team of students from NSS College of Engineering who were collecting some items to be distributed to approx. 80 tribal families stuck in a place near Palakkad that would take care of their one week’s need. They had young babies and women who needed urgent attention.  Here is a brief report received from them after they distributed the items:

“Thaligakallu is a remote tribal settlement near Mangalam dam in Palakkad district of Kerala. this has been the home to 80 tribal families since the flooding situation in Kerala. They were forced to move to this location due to frequently occurring landslides. However, all the connection to this place was severed off as water started rising.

A lot of shelters started springing up across Kerala for the stranded and homeless people. There were two shelters near this settlement within a radius of 10km. No one knew that these people were stuck here and no rescue came to their aid, or no supplies reached them.

We came to know of these people through our friends working in the forest department, we teamed up, amassed funds, stocked supplies, got the help from the forest department to transport all this through dense forest, to the tribal settlement and provided them with these resources on 19/08/2018.

The materials procured were

50kg of dal and pulses

Buckets, soaps, and such household items

Clothing for all ages and requirements which weighs about 5kg and a few other things.

The people who hadn’t been receiving anything until then due to lack of transportation and communications facility welcomed these resources with tearful eyes. They didn’t have enough words to express their thanks. The chief thanked each one of us and all those who supported this cause.

The photos of the journey and distribution of these materials are attached to this post.

We thank you all profusely, to enable us to help these stranded tribal community of Thaligakallu.”

So, through an online campaign, Ms. Archana managed to get the support of some friends and connects to collect an amount of Rs.20K within 24 hours that was passed on to the team of students. That amount came in handy and as the report and pictures they shared speak for themselves, the recipients were really grateful for the timely help.

A special thanks to all those who came forward instantly to support and kept humanity alive! 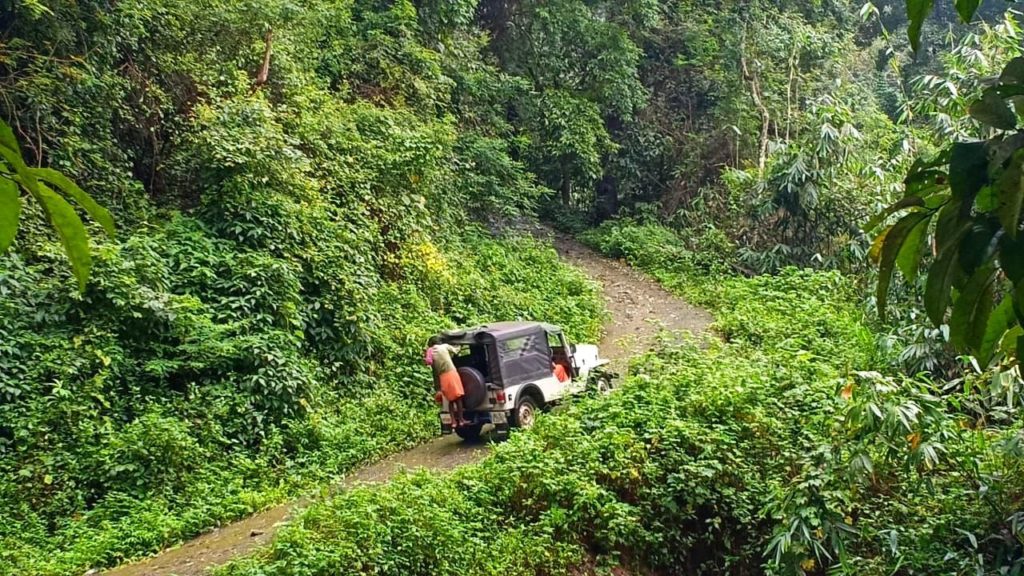 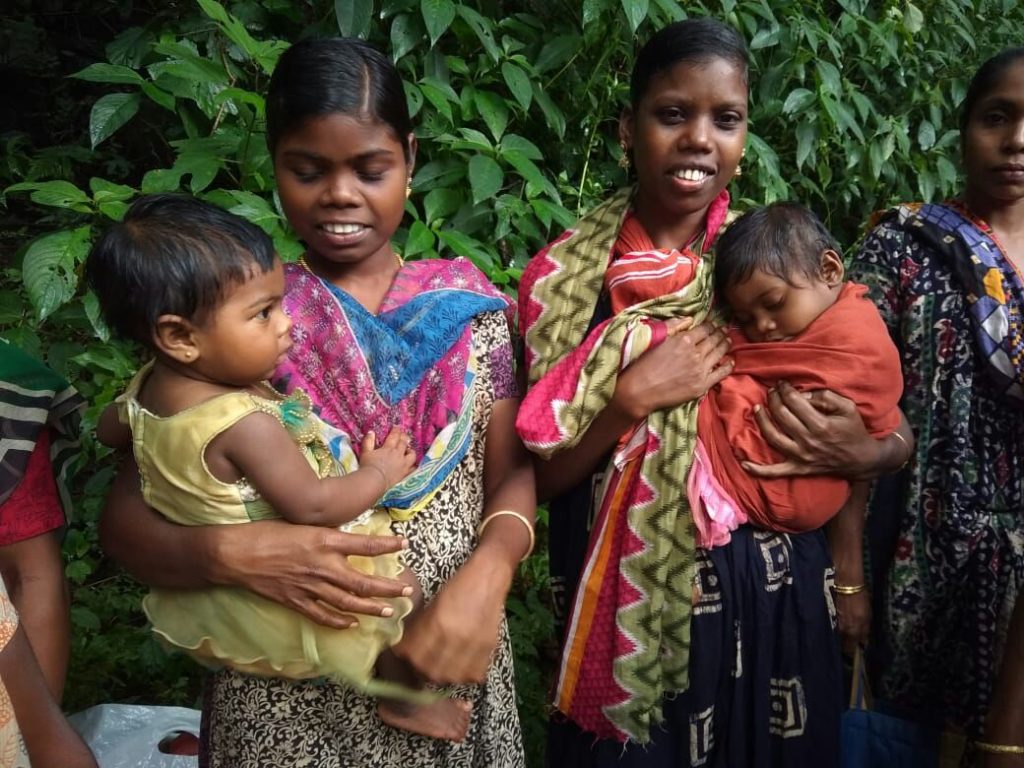 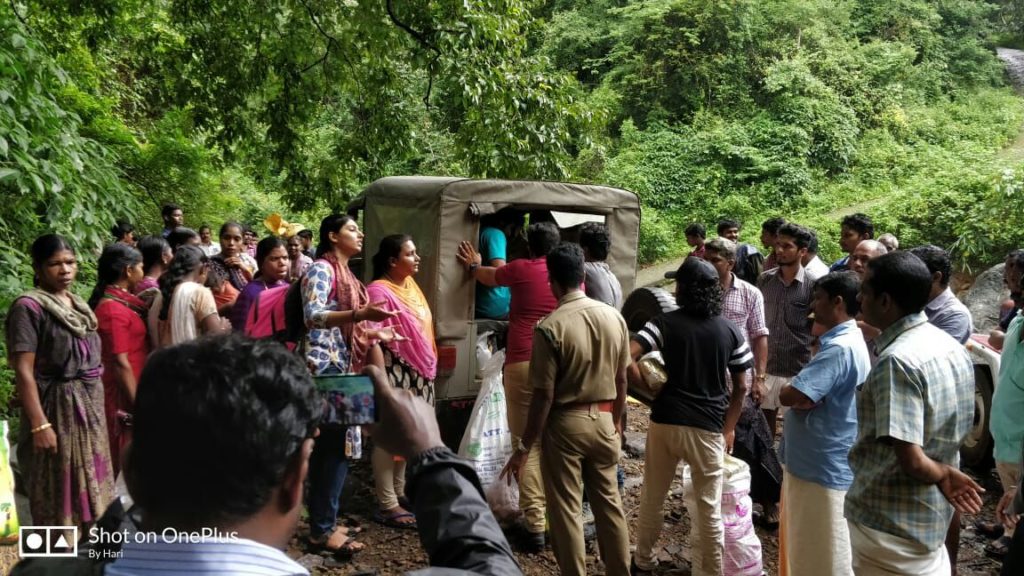 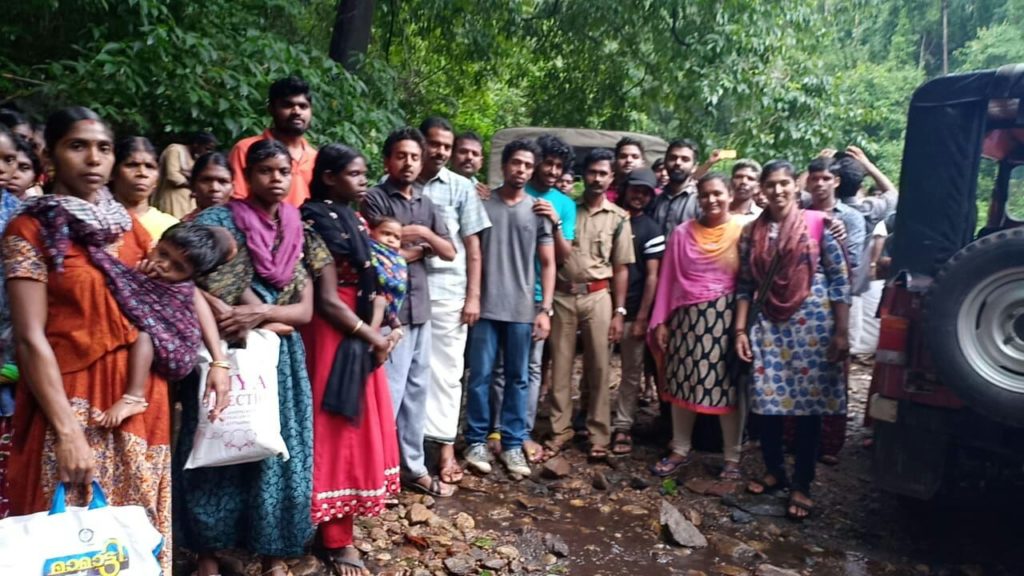 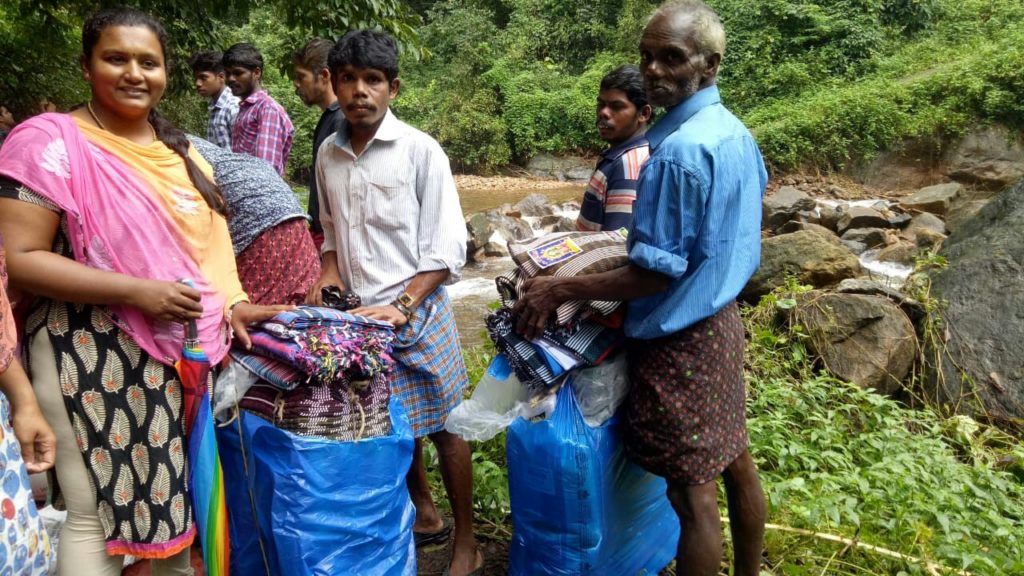 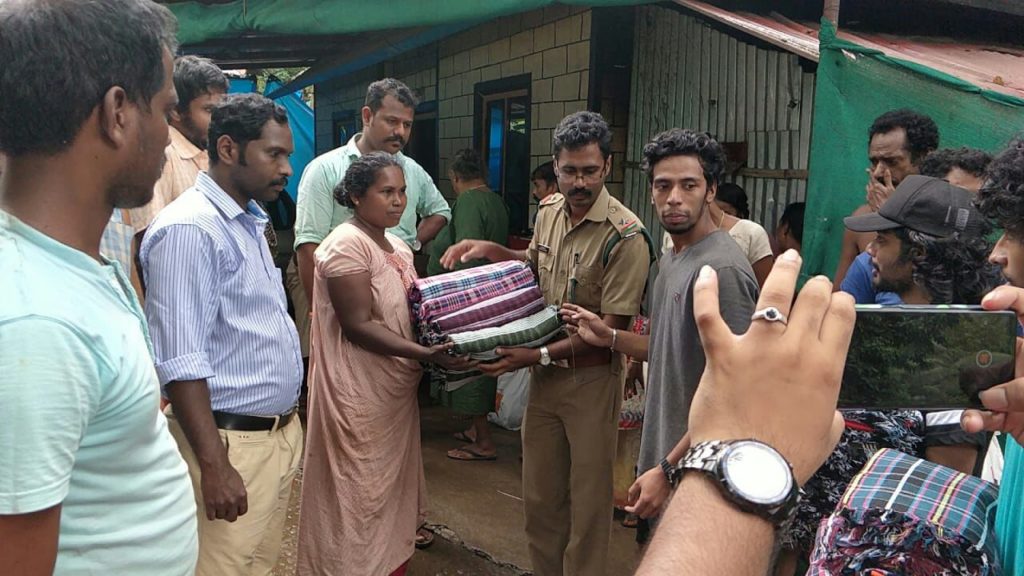 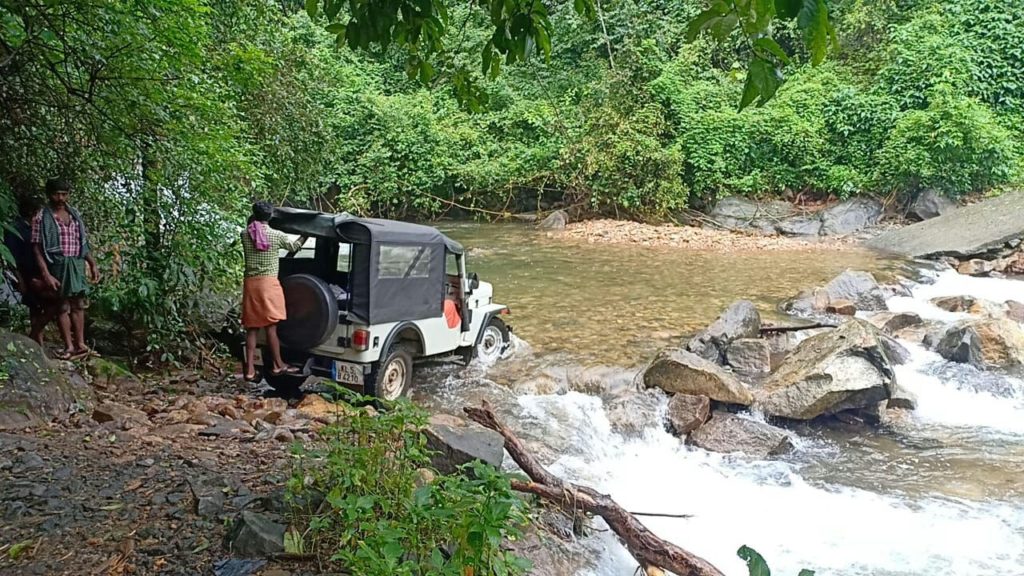 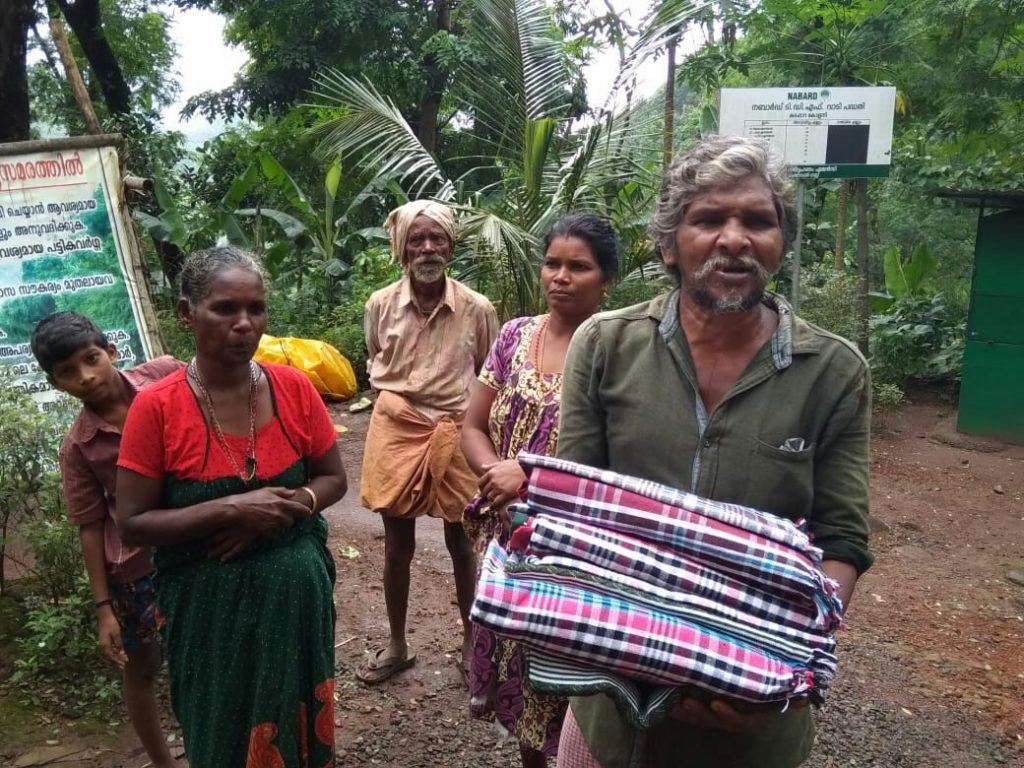 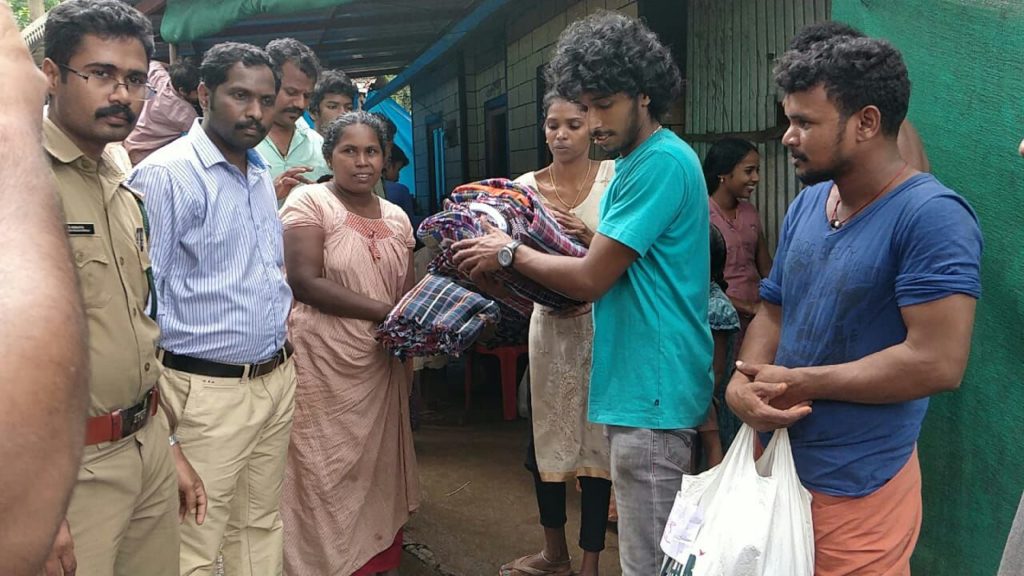 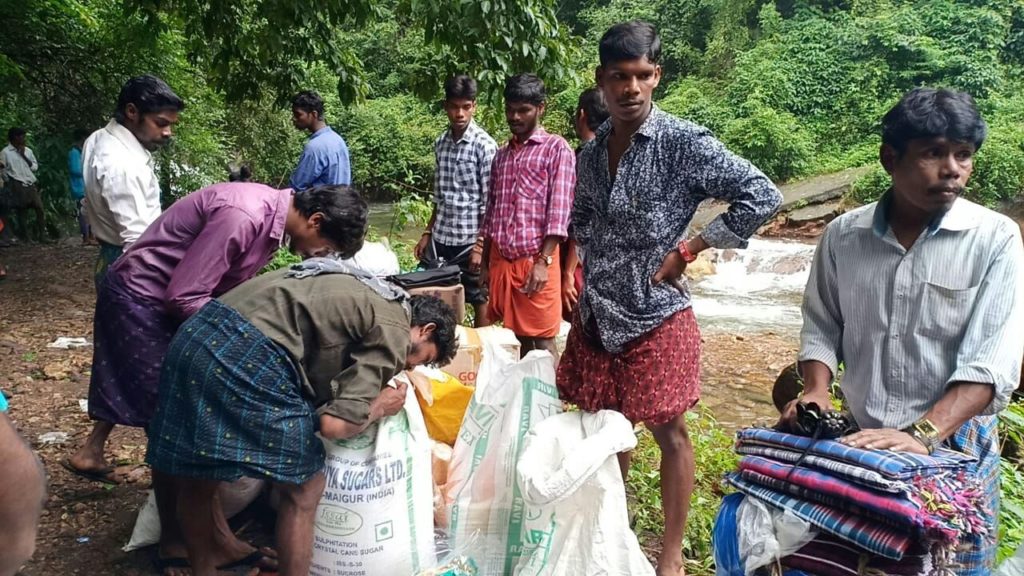 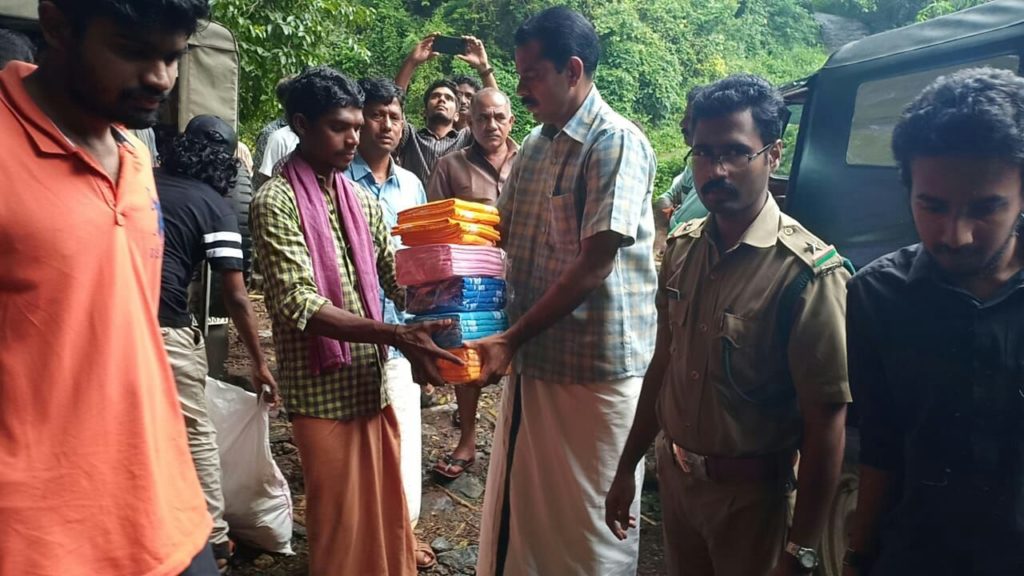