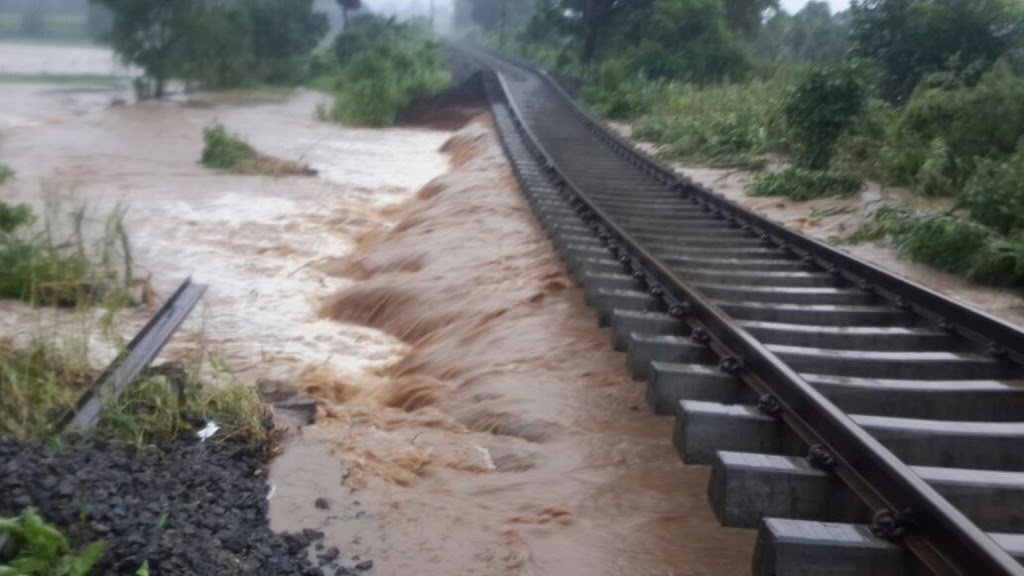 by admin
Blog Post, Uncategorized
While we start the journey of living consciously, we have strange but important realisations. For example, I recently was invited to conduct a session at a college in Kerala. I am usually a light traveller and pondered many times over if I need to carry anything to eat, should I carry or buy a bottle of water en-route or do I need soap, towel etc. since my tickets were booked in the AC compartment of train and a hotel was booked for me to check-in as soon as I get there.

However, some past experience and a gut feeling told me to anyways keep the essentials. I even ended up buying a packet of MarieGold Lite biscuit at the station, in case dinner was not served in the train just in case there is an emergency in my energy levels considering I am a diabetic.At this point I had absolutely no clue of the situation I was going to experience.

I realised the train was on time till Coimbatore but soon after started crawling and stopping every now and then till I reached my destination Palakkad. The train was delayed by over an hour. Anyways, I did not mind much because I was busy screening through the wonderful greenery and backwaters on the way in this God’s own country!

However, my host who had come to receive me mentioned as we walked out of the railway station that the whole place was flooded the previous day and the forecast is not so great even for the next 48 hours. As I walked out, I could see what he meant….there was water everywhere, people had taken out stuff out of their shops and trying to dry them, roads had almost disappeared in some places!! I was aghast…still the worst had to hit me.

I realised soon that the railway track on which my train crawled was almost swept away and probably they were laying back the tracks and making sure it was safe to take the train over,  while the train stopped every few minutes!! 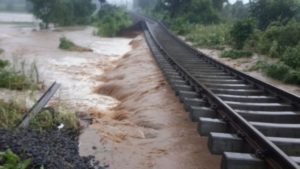 Soon we got to our hotel and there I understood how my host had to plead to get me a booking since the hotels had stopped entertaining guests. Power was off, they were on generators, they did not have access to basic amenities to provide their guests and too many people were heading to their hotels including the locals whose homes were washed off in the flood and needed a place to stay!! WOW! I was grateful, they had accepted the request and provided me the place. Here is how the place looked a few hours before I checked in it seems!
However, as soon as I got to my room, I realised they were not supplying towel, soap, shampoo or anything that they may usually do for obvious reasons. Rooms were kept neat and clean but no accessories. So, every single thing I had carried thinking I might be taking extra stuff, totally came handy and I got to use them all. My life training of not necessarily wanting hot water to bathe, also came in handy!
While people were dealing with the situation and also preparing themselves for the next 48 hours, they still went on with their lives and do what they needed to do. Seriously, kudos to that human spirit! So, while our entire program was cut short by a few hours since all the participants who had come from out of town (which was the case with 99%), had to leave at the earliest to reach their place safe and sound, still till the time the event was on, not one participant was distracted with what was happening to them, their families, loved ones and their own place!! I was amazed at their level of commitment to learning and being in the moment. I salute their spirit once again!! I learnt so much!!
Post my session, I got back to my hotel and as I prayed that the track will be on “track” and the trains would continue their service so that I can leave back for Bangalore by the evening train as scheduled, I was once again not sure of what to expect and so thought of ordering something to drink and eat before I left. However, when I called for the room service boy is when I realised that the hotel also does not have the access to get me anything! However, the boy with a smile and what seemed like french or german (since that is how much I understand Malayalam), said he will try to go out and get me something! Please know that it was still pouring when he said that!! I could not believe it. I was grateful, I needed something hot. Because there was no power, I had ended up taking a cold shower in the evening and needed to somehow feel a bit warm. So, I handed him some money and requested to get me something hot to drink and any kind of snack available (vegetarian) to eat.
He took the money and went off. I was wondering what is making him even do this for me? I felt so grateful. He could have just denied the service. Anyhow, in a short while, he came running back holding a glass of coffee….saying he went in one direction trying to find coffee/tea and unforunately there was nothing available to eat that he could buy. So, instead of getting the drink to get cold, he ran back with the hot coffee for me….it was one of the most touching sites for me…..he was half wet but so concerned about getting me my hot drink!! I accepted with gratitude what he got and had no heart to get him to run in another direction trying to find something for me to eat. So, I settled down with that hot cup of coffee and remembered my MarieGold Lite that came to my rescue! I have probably never enjoyed every sip and every bite of coffee and biscuit as much as I did then.
This is when I realised, travel light but never without a MarieGold Lite and some basic accessories. Once you are out travelling, you may face situations that you can hardly imagine when you leave home. Also for those youngsters who don’t carry any cash, these are the times when you cannot rely on digital payment methods or be able to access ATM and hence some cash is always good to carry. Thank God I did and somewhere deep down I was prepared to deal with whatever comes.
Thankfully though I did not have to face any further adventure. My hosts took care of everything wonderfully and my train started back on time and I reached back safe and sound with some fond memories of the human spirit and nature from God’s own country! Love you Kerala and dear Keralites!! Keep it up 🙂